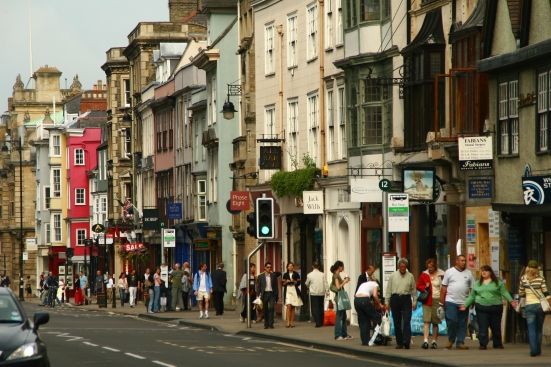 There is a petition going round by We Are Pop Up for pop up shops to get business rates relief for 3 months. While I love the idea of pop ups, I do not agree with this petition.  Here is why:

An Open Letter to the Supporters of the Pop Up Business Rates Relief:

I have become aware that there is a petition to support Pop Up Shops in getting a 3 month business rate relief because ‘Pop Ups are the future breeding ground for next generation of Independent Retailers’ and this has some what caused a bee in my bonnet, and it goes likes this :
Never mind the next generation of independent retailers; what about those of us brave enough to have taken the plunge now? I get very little help, am I destined to become just another “failed” statistic?
I’m 24 and opened my shop on Barnes High Street using a very small legacy and a family loan as no bank would touch me at my age. That was a year and a half ago and at the moment it seems increasingly likely that my bill for rates will be the thing that cripples me and closes the shop. I am all for Pop Ups but my initial reaction when I saw this petition was frustration and panic.
I felt frustration because I think the petition alienates the small business’s  that have already been brave enough to take the plunge and are struggling. It sounds like a very short term solution as it still doesn’t cover the real issue which is that rates on our High Streets are too high. I think by giving 3 months relief it gives a false sense of security as to whether their business will succeed if they decide to stay for a longer period of time. After those 3 months they will have to pay the full amount which in my case is an unaffordable 40 % of my rent. This will be a massive jump in outgoings and in reality they may not be prepared for it. The rates do not reflect the high street performance and it is not something that you can pass on to your customers.
I also felt frustrated because why on earth with all the backing from these great companies, why not use this petition to help bring business rates down for all small businesses? Do you not think that if in the end all shops whether pop up or not have to pay rates at some point it would be better to get the rates down in general? The federation of small business have said that rates used to be only 15% of the rent, I don’t imagine it would get down to 15% but even 20-25% would be more manageable.
I also think that the only way Pop Up Shops work is if they have a shop which an organisation runs and every month or 3 months it changes to another Pop Up. That is when you get increase in footfall because you are giving a reason for people to come back and visit the High St. and there is the perception that it’s only there for a certain amount of time so get in quick. However if you are moving in on a what you hope is a permanent basis this takes away the urgency for people to visit the shop and so it will take a much longer period of time to establish your business,  I don’t believe 3 months is long enough for that. I think what you will find is people will open the Pop Up Shop and in 3 months will think – no this is not working –  and leave, and High Streets could still be left with empty shops. Will they then take their Pop Up Shop somewhere else for another free rate period? In the last 4 months we have had two shops open on the high street and it has not made one jot of difference to the street footfall, in fact the footfall has still been declining. It is going to take them a long time to get the loyal cliental that they need to keep their shop viable.
Lastly I felt panic because not only for the reasons above but because from my point of view I now see the Pop Up Shop as a threat. Here I am struggling with paying my rates when over the road they don’t have to pay anything? I think it creates unfair competition and given the fragile state of the high street I don’t believe this is the way to go.
I do have other thoughts on this and would love to discuss them with you.
Meanwhile, will my shop become a free rate venue for a Pop Up Shop when I can no longer battle the cost of keeping it open in these straightened times?
Kind regards
Anna
The Perching Post
www.theperchingpost.co.uk
anna@theperchingpost.co.uk
anovicesbusiness@gmail.com
I would love to know anyone’s thoughts on this- perhaps I’ve got the wrong end of the stick… Please email me or post in the comments box below. Thank you!